True Beauty Aesthetics Is a Physician Operated Facility Where All Injectables Are Performed by a Physician!

Botox in Upland, Rancho Cucamonga and Fontana is the name of the popular cosmetic enhancer that is known to reduce the signs of aging. It is widely used to decrease the appearance of wrinkles and fine lines. In recent years, Dysport which is a similar compound has been used for the same purposes. While there are similarities in the outcomes for use, Botox and Dysport are not the same. There are pros and cons associated with each as well as differences in dosage and results. Which one is the best choice? Here are the facts so you can decide for yourself.

Dysport and Botox are both approved by the Food and Drug Administration for use in treating wrinkles and fine lines. They are similar in their chemical composition. Each is a type of neurotoxin derived from Botulinum toxin type A. They are injectable treatments which affect the nerve impulses involved with muscle contraction. By blocking these impulses and relaxing the muscles, the appearance of fine lines and wrinkles are reduced. The results achieved with the use of either treatment is temporary, lasting between three to six months before repeat treatments are needed. 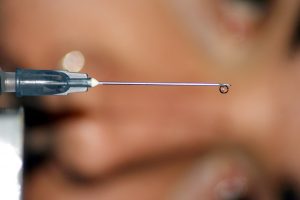 While there are similarities in the chemistry of Botox and Dysport, they are not considered to be interchangeable. The formulation and dilution process of Botox is different from that of Dysport. In addition, the dosing requirements are quite different for each. Dysport is more highly diluted meaning that higher doses are necessary to achieve the same results as you would get with Botox.
Botox and Dysport are both sold by clinics per unit. The cost of Dysport is generally much lower than Botox with regard to unit pricing. Because higher dosages of Dysport are needed, treatments come out to about the same price for either choice. In the UK, the average cost for 100 units of Botox is $525 with a cost of $300 for 500 units of Dysport.

Pros and Cons for Each

Clients can achieve the same results using either Dysport or Botox in Upland and Rancho Cucamonga, but there are a few benefits that are associated with Dysport. The size of the molecules are smaller than those of Botox. This means that the Dysport formulation is likely to work faster and spread to larger areas from the injection site. Although higher dosing is needed, Dysport is just as effective as Botox, often requiring fewer injections because of the higher spread rate. This is good news for those who are put off by needles. When using Dysport in more narrow areas including under eyes and brow regions, great care is needed because of the rapid spread factor. Precision is required to avoid overuse or the results may not be desirable.
Botox in Upland and Rancho Cucamonga is the better choice for the treatment of smaller areas because it doesn’t spread out to surrounding tissues as far. It is also more highly recommended for use in areas featuring thicker muscles. Some clients become resistant to Botox and it simply doesn’t keep working for them. In some of the cases, these clients may respond better to Dysport.

Clinical studies were conducted to assess which treatment achieved the best results. The results show that participants had fewer wrinkles and fine lines after thirty days of Dysport. The problem with stating that Dysport is more effective than Botox is that more was used to get these results. Other studies show that the results from Botox injections may be longer lasting than Dysport. In the end, the conclusion remained that they probably have similar results too close to call.

From all appearances Botox in Upland and Rancho Cucamanga has some stiff competition. Dysport is becoming a popular choice because of its fast working formulation. Fewer injections are needed and it works for some clients who have become resistant to Botox. Don’t count Botox out yet. It is thicker in composition and is still a better choice for narrow or smaller areas. There is less chance of spread to areas where it’s not needed. It may be slightly longer lasing than Dysport as well. The public benefits from the introduction of this new choice that has some definite benefits to offer over Botox. Although the two are not interchangeable, there are definite benefits and disadvantages associated with each. There isn’t any evidence to show that one is better than the other. The good news is that clients now have broader options for cosmetic treatments for wrinkles and fine lines.

If you’d like to do Botox in Upland, Rancho Cucamonga or Fontana you’d better find a reputable place. Even doing Dyspot in Upland, Fontana or Rancho Cucamonga should be carefully selected. True Beauty Aesthetics is one the best placed those areas that gives you the best results with a reasonable price. You can contact True Beauty Aesthetics at:909-989-6700 or visit the website at: www.truebeautyaesthetics.com